Teams will pick a random genre from a hat

Each participating group must have a representative at the official Kickoff Event of the Fischgaard Short Film Project. At the event each group will be assigned required elements that must appear in its film, such as a specific character, prop and/or line of dialogue. To qualify as an "Official Fischgaard Film," each group's film must be in the genre it selects and must contain all required elements.

The Fischgaard Short Film Project organizers encourage all filmmakers to create films that are appropriate for all audiences. However, the content of the movie/film/video is at the discretion of the participating groups. The organizers reserve the right to not screen any film that can be considered pornographic, or that depicts hard core or graphic sex.

Music: Participating groups are encouraged to work with local composer and/or musicians to write and record music for the films. We realize that this may be difficult to achieve. Therefore, it is permissible for a participating group to use prerecorded music; HOWEVER the participating group must have the rights to any music used in its film.

The producer/team leader for each group must submit a complete and signed "Participation Agreement" with his/her entry form.

The Fischgaard Short Film Project organizers may (most likely will) add to or amend these rules at any time prior to the beginning of the competition time period. For complete rules, download the complete rules. (pdf)

All of that must be within the 3 to 7 minute time frame. The timers will start with the opening slate and finish with the final credit. 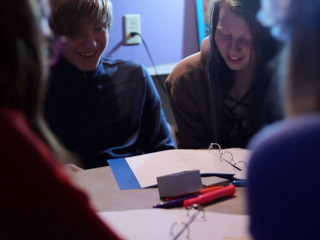